Cheesesteak Potato Croquettes are filled with a mixture of top round, red bell peppers, and onions, fried until crispy, and served with a homemade pepperoncini ranch dip.  Perfect as a game day appetizer or as a party finger food.  Can be made ahead of time and frozen until ready to use!

In honor of the most important news story in the United States right now, the Deflategate scandal (sarcasm intended), I've made these Cheesesteak Football Potato Croquettes (and added a tasty homemade ranch dip).  For those people who don't follow football or the news, "Deflategate" is what the media has termed the controversy surrounding allegations that the New England Patriots deflated their footballs during the AFC Championship game against the Indianapolis Colts.

The perfect game day appetizer for the best football games around!

After watching the ridiculous amount of media coverage on this even more ridiculous topic, I decided something more positive had to be done about it all.  I took the next logical step possible and made some cheesesteak potato coquettes shaped like footballs (okay, I tried to shape them like footballs and paired them with a fantastic pepperoncini ranch dip.  This ranch dip is so good, you'll want to use it for a salad dressing too!

There is a Cuban version of potato croquettes called papas rellenas and they are little fried mashed potato balls filled with picadillo.  I make papas rellenas at home all the time, so when I was thinking up some good Super Bowl recipes, I thought a cheesesteak filling would be the perfect mixture for a mashed potato wrapper.

How to make potato croquettes

***At this point, the potato croquettes can be made ahead and frozen for later use.  No need to thaw when ready to use, just fry them frozen!  YAY!!

All that melted cheese mixed in with the steak and vegs encased in a potato pillow is absolute heaven!  The pictures may not look pretty, but they were sooooo good.  Literally, I almost ate all of them before the photo shoot.

This mixture would be so delish piled high inside a soft yeasty roll too, just like a traditional cheesesteak.  Whenever I munch on a cheesesteak, I add a ton of pepperoncini peppers on top of it.  I love these pickled mild Italian peppers so much, it was a very easy decision to add them to the homemade ranch dip.  Super pleased it turned out so well, especially since I don't even like ranch dip!

Hope you make these Cheesesteak Potato Croquettes with Pepperoncini Ranch Dip for your next party. Please let me know in the comments how you liked them!

Crispy cheesesteak potato croquettes are filled with a mixture of top round, red bell peppers, and onions and served with a homemade pepperoncini ranch dip. Perfect as a game day appetizer or as a party finger food. Can be made ahead of time and frozen until ready to use!
Print Pin Rate
Course: Appetizer
Cuisine: American
Prep Time: 35 minutes
Cook Time: 20 minutes
Total Time: 55 minutes
Servings: 20 croquettes
Calories: 236kcal
Author: Karrie | Tasty Ever After

FOR THE CHEESESTEAK POTATO CROQUETTES:

FOR THE CHEESESTEAK POTATO CROQUETTES: 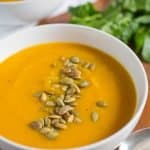 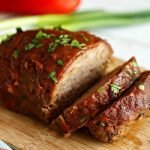 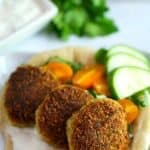 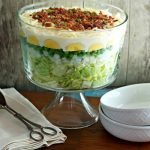 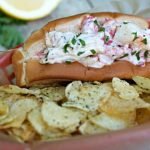 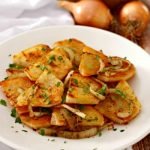 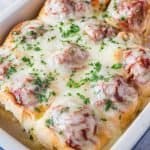 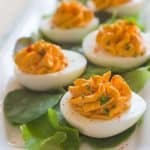 More Recipes from this Category