Get out the crock-pot for an easy and delicious recipe for Slow Cooker Cholula Shredded Beef Tacos.  Perfect for Taco Tuesday!! 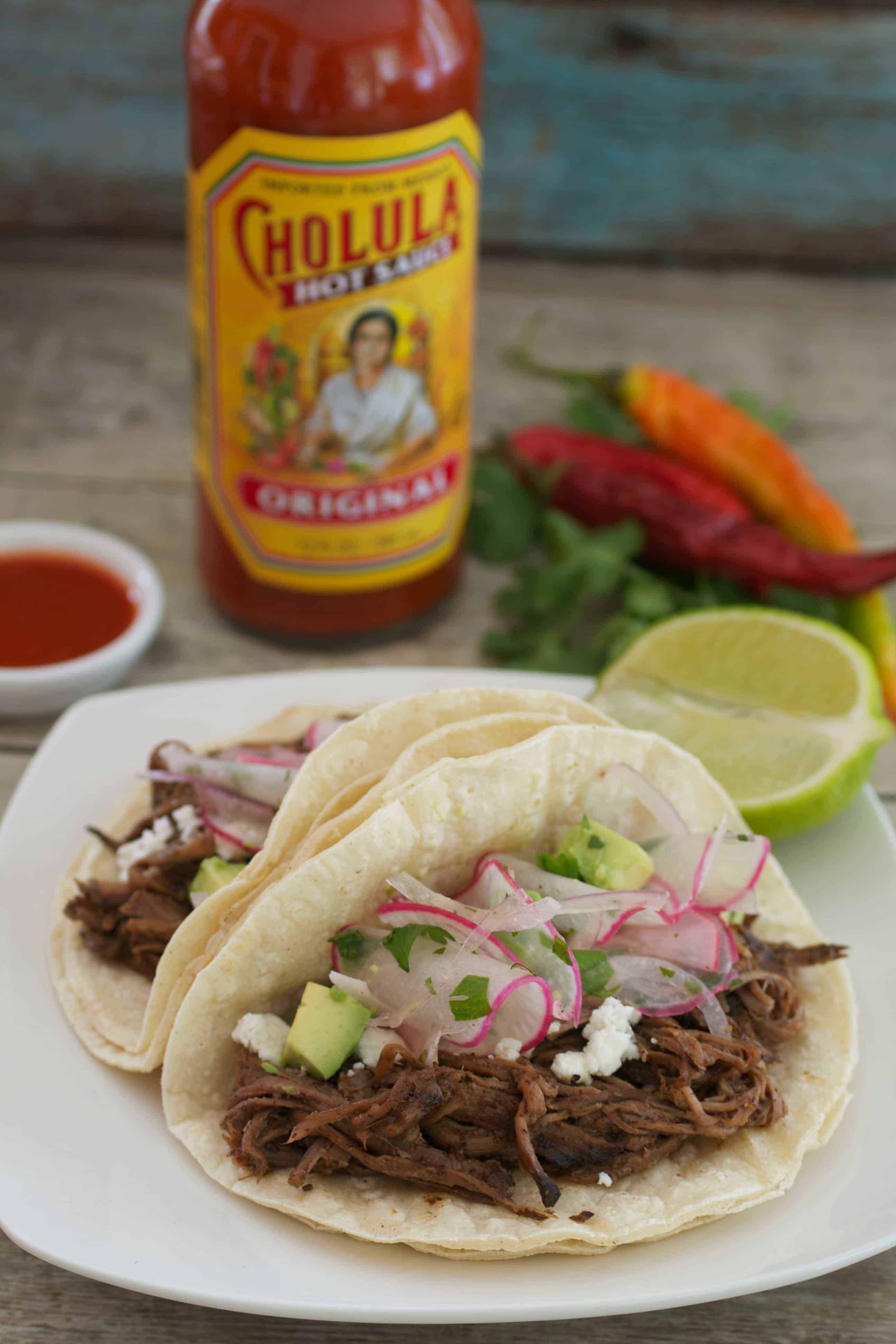 How to make the BEST beef tacos!

It's not a big secret, I'm a huge fan of Cholula.  This delectable Mexican hot sauce goes with anything and everything and I'll eat my weight in it weekly (#noshame).

It's especially yummy on tacos and that's why you'll see photos of hot sauce doused ones all over my Instagram account most every Tuesday.  Any chance I have to eat tacos, with Cholula, I'll take it! 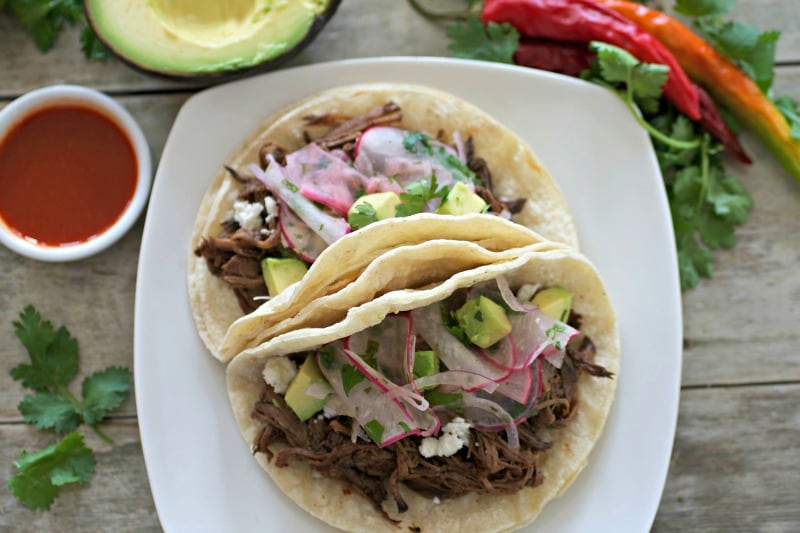 Back to the post, this recipe for crock pot tacos is perfect for my life right now, since I've been so busy with packing up a full house and, to be honest, cooking dinner is the last thing on my mind.

Whenever I find myself with no time to cook, nothing is easier than getting out the crock-pot, throwing in some meat, veggies, and seasonings, turning it on and forgetting about it for the next 6-8 hours until dinner is magically ready.  It's practically like having a personal Chef in your home! 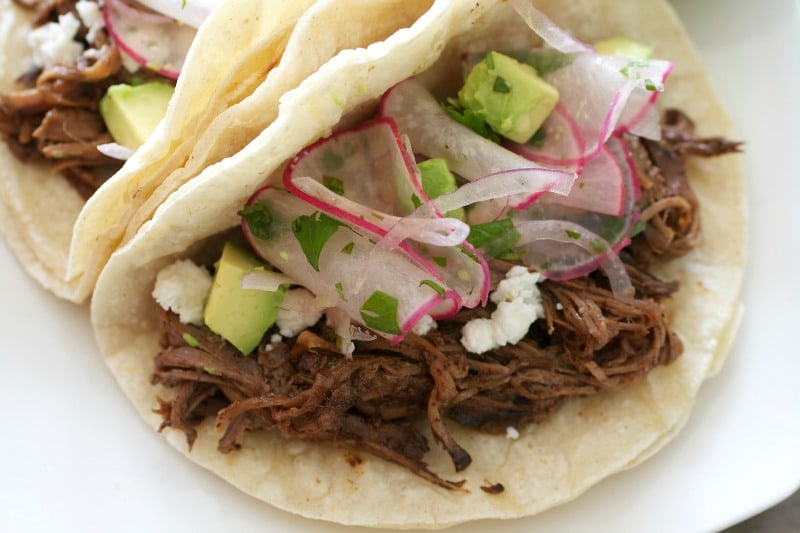 I actually developed this easy dish a couple of months ago when I needed a new taco Tuesday recipe and I had a beautiful piece of grass-fed beef chuck roast from a local farm.

Chuck roast is the best kind of beef to use in a slow cooker, because it can sustain the long cooking period without drying out...and I don't even bother with browning the meat first.  What's easier than that?

I just put the beef roast in the cooker, added all of the dry seasonings in my homemade taco mix, then I added the pièce de résistance...a ⅓ cup of Cholula.

Yeah, that's a lot of Cholula but that's what a person does when you love it as much as I do.  I almost added a ½ cup but then I figured people might like to taste the beef in this dish so I cut it down to a ⅓ cup.

Instead of a typical pico de gallo, I topped the tacos with a salad of farm fresh radishes.  The radish salad was a perfectly crisp, fresh, and light addition to the beefy soft tacos. 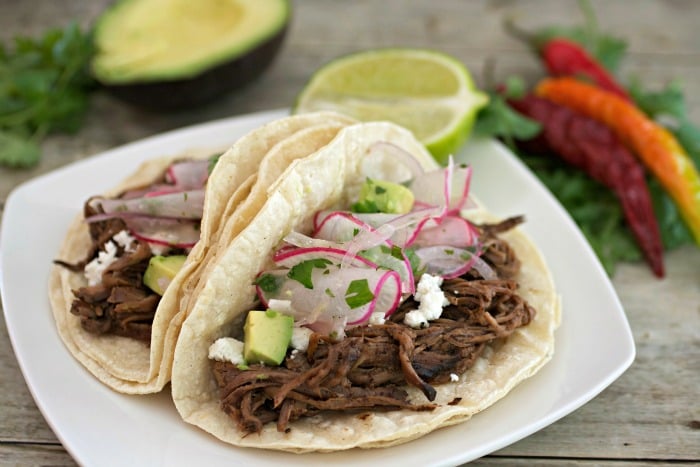 So try this recipe for Slow Cooker Cholula Shredded Beef Tacos next time you need an easy dinner and don't forget to PIN the recipe for your next Taco Tuesday!

For the shredded beef:

For the radish salad:

For the shredded beef:

For the radish salad: